Posted on February 4, 2009 by Scott Huffines

Atomic TV is Part of the End of Analog Video Exhibition
by Tom “Man About Town” Warner
http://accelerateddecrepitude.blogspot.com 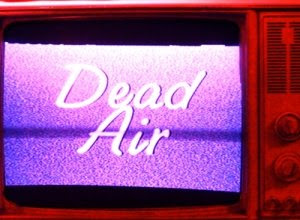 What a fitting event for an Atomic TV retrospective: a farewell party for the archaic medium of analog video featuring a long dormant TV show that’s been pretty much dead and decomposing for the past 4 years (Atomic TV, b. June 1997 – d. February 2005)! Atomic TV’s heyday was roughly 1997 to 2000. In the New Millenium, Scott Huffines and I only turned in a few sporadic “holiday” and “special” episodes (“The Thanksgiving Episode” “The Black History Month Episode” “Atomic TV Shorts,” “The Mark Harp Memorial Episode,” and the “2004 Election Political Episode”), a result of various factors including unemployment, new employment, spending too much time at the racetrack, and The Rape of the Tapes Incident (when some feckless and unapologetic city cable employees tossed out about 30 Atomic TV episodes that were stored in their offices). Plus, the rise of Internet video streaming technology, viral video sites like YouTube, and the whole conversion from analog to digital technology took its aesthetic and financial toll and made us kind of redundant (Atomic TV was mostly shot on S-VHS video and edited on “cuts-only” S-VHS VCRs). Whatever. Atomic TV got derailed and only through this event have we gotten back on track to put together a “gallery background video clips” reel. This event has given us the opportunity to go back and dig through the hundreds of hours of video muck we created and find the best slices of the mud pie we hurled at Baltimore’s late-night cable TV audience back in the day. It’s been fun and we hope you think so too. 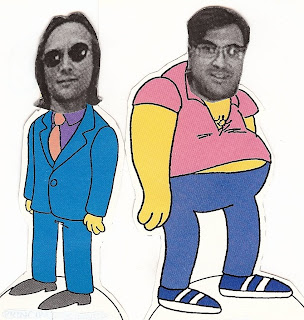 Good-bye analog, hello digital! 11:59:59pm February 17, 2009 is currently the legal deadline for TV broadcasters to switch from over-the-air analog broadcast to digital, leaving traditional TV sets unable to receive broadcast TV. Dead Air marks this momentous cultural and historical occasion taking a look back at analog and forward to digital — how we use it, abuse it, love it, and hate it– the flaws, joys, (dis)advantages, and beauty of it all.

THE END of Analog is coming. Are you ready?

This entry was posted in Arts. Bookmark the permalink.